The website is not clear, but I assume these are mostly Obama’s victims since he’s used drones much more often than Bush. That’s not to suggest that Bush didn’t kill plenty of people.

Women are now officially allowed in combat roles in the US Military.  This is being hailed as a triumph by some feminists.  I’m sure Chelsea Clinton will rush out to fight in her mom’s wars.  Yes naive 18 year old girls can sign up to kill for the state in return for money for college just like naive 18 year old boys.  Equality is great.

Perhaps “we” should put some initiative in place to make the military at least 50% women. “We” may have to start drafting girls out of high school to make this happen.  Maybe Obama’s daughters will sign up when they’re old enough.

Of course Obama is very concerned with some domestic gun violence and the violence inflicted on football players.  He wouldn’t let his imaginary son who looks like Trayvon Martin (why doesn’t the media talk about him anymore?) play football.  But I guess he would let him shoot a gun as long as it wasn’t in self defense.  It’s all a bit confusing.

Anyway as I was saying, Obama is very concerned with gun violence and the well being of highly paid adult men who play football, but he has no problem sending your sons and daughters to kill civilians in Afghanistan.  He also sees nothing wrong with using planes, robots, or the French to kill on his behalf in Libya, Pakistan, Yemen, Mali, and any other god forsaken place he wants to incorporate into his Empire.

Sen. Robert Menendez (D-NJ) is under investigation by the FBI for having sex with underage prostitutes in the Dominican Republic. But he’s a good gun-grabbing Democrat so the media is generally not bringing attention to this. Didn’t some Florida congressman send a few lewd emails to a teenager, and that supposedly cost the GOP control of Congress back in 2006?  That was a huge story that the alphabet networks couldn’t shut up about.  But this child hooker thing is no big deal.  It would be wrong to suggest that Democrats are as bad as Republicans.

The God-King literally thinks he can “prevent irresponsible behavior.” Of course financing a worldwide military empire on debt is highly responsible. It would be irresponsible not to we are constantly told.

Members of the Icelandic Parliament have nominated Bradley Manning for the Nobel Peace Prize. If this in anyway helps to free Mr. Manning and shames the US government then I am all for it. After all it would be incredibly embarrassing for Obama who received the same prize “with deep gratitude and great humility,” to have a man he is currently imprisoning and torturing also win it.

But quite frankly the prize is not anything a decent person should be proud of.  Bradley Manning should not be associated with war criminals & past winners such as Obomber, Woodrow Wilson, Teddy Roosevelt, Henry Kissinger, or the EU.

The government allowed a small portion of “Freedom Plaza” to be the designated spot for anyone who wanted to exercise their free speech rights in the imperial capital today.  I guess if you held up a sign critical of Obama somewhere else you would have been arrested or something.  After taking the traditional coronation stroll down Pennsylvania Ave, the royal couple retreated to their limousine before reaching “Freedom Plaza.” After avoiding their unhappy subjects they again headed out on foot to the treasury building presumably to count the stolen loot they’ve extracted from the peasants over the last four years.

It appears rapper Lupe Fiasco was thrown off stage at Obama’s coronation ceremonies after some critical remarks during one of his songs.

The propaganda is starting. 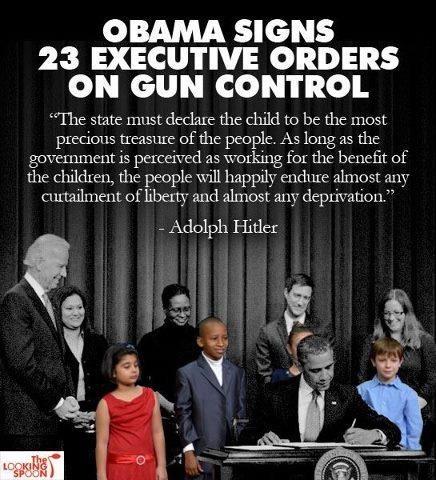