This is one of the dumbest articles I’ve ever read in my life.  I guess since the AP usually just acts as a propaganda outlet for the US government, and the Feds haven’t been real clear about their views on marijuana, they’re a little confused on what to write about it.

But there is absolutely no substance to back up the headline here.  The whole premise is based on one quote from a deputy director at one homeless shelter:

“Of the new kids we’re seeing, the majority are saying they’re here because of the weed,”

That’s basically it.  The article then goes onto more or less contradict this statement by saying the following:

So this other shelter would have seen an increase regardless of pot.  By the way, the increase was 75 people.  A quarter of that is around 19 people.  Denver has over 5800 homeless people.  19 is a rounding error.  It’s hardly evidence of anything.

So the AP did no research of their own to determine that pot is leading to an increase in Denver’s homeless population.  Instead they got one quote from someone at one homeless shelter, then found an “informal survey” at another homeless shelter that contradicted that same quote.  This led them to the conclusion that Marijuana legalization is causing an increase in homeless people in Denver, and they saw fit to publish the article.

At the end of the article the executive director at a third shelter blames the economy for the rise in Denver’s homeless population, but this doesn’t make it in the headline. In a speech today, Emperor Obama promised to be even more tyrannical.  He’s not going to bother trying to get Congress to approve his diktats.

What else is new?

What made this speech interesting to me was this quote:

If any Libertarian still thinks the Republican party is the lesser of the two evils, perhaps they should go read up on these progressive war criminal heroes of Obama who lived to enlarge the State. 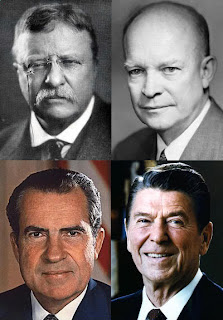 Independence Day, usually now referred to by just its date, the 4th of July, has devolved into another State holiday where Americans shoot off fireworks and celebrate “the troops.”  Rather than celebrating freedom, we’re being instructed to celebrate empire and war.

In a way it’s fitting that a holiday meant to commemorate the ideals of the enlightenment, where educated wealthy men who formed a natural aristocracy threw off the chains of an oppressive foreign government and founded one based on individual rights, has come to this.

Why do I say this?  Well the very men who promoted and carried out the American Revolution proved quite tyrannical in their own right when they themselves came to power.

George Washington, the father of our country, also put down the whiskey rebellion (a tax protest) by force.

John Adams threw aside free speech concerns with the Alien and Sedition Acts.

Thomas Jefferson used “public money” to purchase a giant piece of land through the Louisiana Purchase without consulting Congress.

James Madison launched a war of conquest against Canada.