The War Pigs are trying to convince the Dimwit-In-Chief to triple down on the never ending terror war in Afghanistan.  Some things never change.  Perpetual war for perpetual Lockheed profits.

What started as an effort to hurt the candidacy of Donald Trump by claiming he was a Russian “puppet” or “agent’ in 2016 has turned into an all-out campaign of hate against America’s former cold war adversary.  This is a country, that despite being relatively impoverished by Western standards, and having zero ability to attack the United States without committing instant suicide, is still a significant power in the world.  They can have a major impact on their region of the globe in both Europe and Asia through their control of resources and a military presence in their near abroad.

The effort on the part of the media, Democrat Party, and the Neocon wing of the GOP to turn Russia into a pariah state like they have with Iran, Cuba, North Korea, etc. could be a disaster.  Remember, while those regimes have survived despite the hardships imposed on their citizens by US sanctions, efforts to demonize Mao’s China lead to the Korean War, and efforts to demonize Saddam Hussein lead to two disastrous wars in the Middle East in recent decades.  Muammar Gaddafi in Lybia and  Manuel Noriega in Panama both lead to full scale wars and the overthrow or their governments.  Attemps at overthrowing Bashar al-Assad in Syria has lead to the rise of ISIS.

Try isolating and overthrowing Putin and see what happens.  It won’t be pretty.

He wants to lock people up for using substances he doesn’t like. That’s a crime. It’s called kidnapping. What’s not a crime is exercising any person’s right to ingest whatever the hell he or she wants.

Good article by Jeff Tucker (not always a huge fan), on the Trump Derangement Syndrome currently afflicting those on the center Left.  Trump is unintentionally destroying people’s faith in the sanctity of the American State.  He’s not doing this by actually attacking the government.  In fact the government will almost certainly continue to grow under his administration.  No, it’s because of this:

he is ruining the mystery of the state, and thereby discrediting their holy institutions.

The NSA created a hacking method which was stolen and used to wreak worldwide havoc yesterday, shutting down computer systems for hospitals, private companies, and foreign governments.  The hackers demanded ransom from millions of people all over the globe if they wanted to regain access to their computers.

So even though this couldn’t have happened without the NSA designing cyber weapons to potentially terrorize people all over Earth, I think it’s clear we need to invest more heavily in the secretive NSA so they can continue developing these weapons to protect us against the evil Russians. 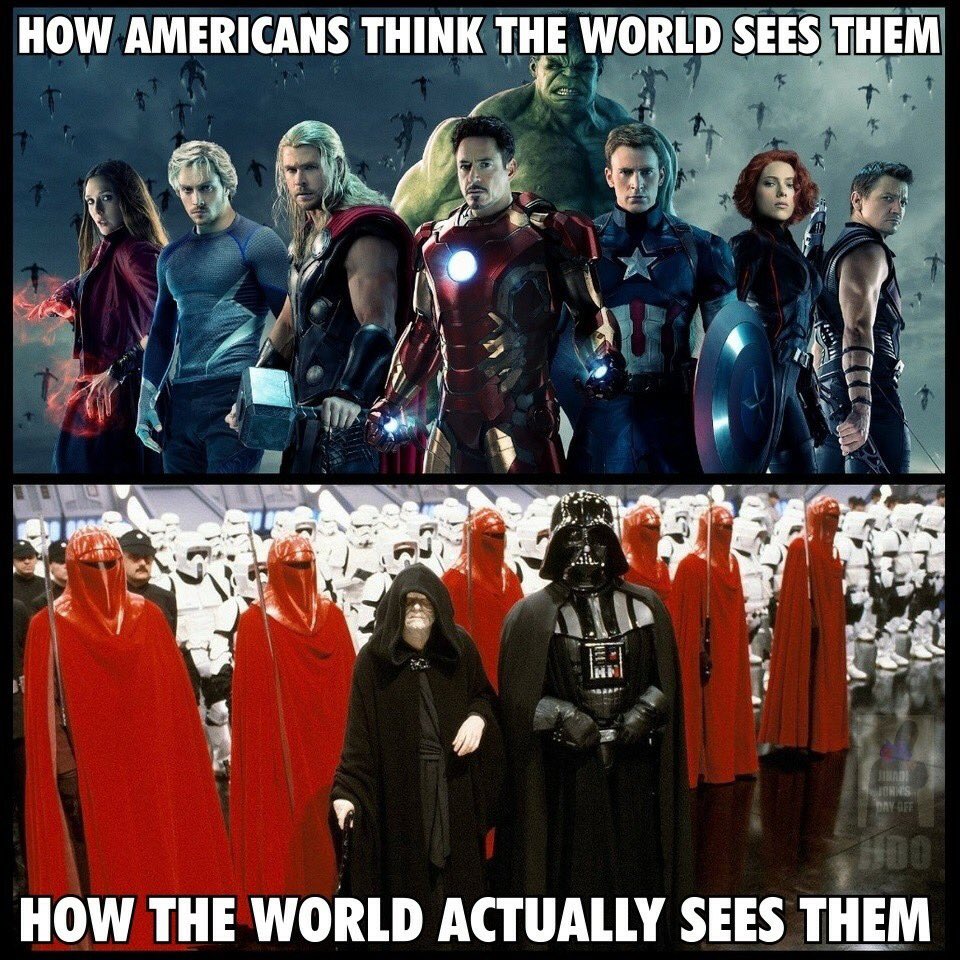