To be honest, the Olympics were always kind of stupid, but back in say, 1988 when I first became aware they existed, we didn’t know any better.  Most Americans only had 3 or 4 channels to choose from and the non-Olympics channels made no effort to compete with ABC or NBC or whoever was televising them back then.  So if you were going to watch TV for those two weeks, you were likely watching people running in circles or some unknown college kids trying to beat some communists at basketball.  And there was no internet or netflix or much of anything else to offer any alternative for a bored kid who didn’t want to go play outside in the hot summer heat.

The Olympics were also more political back then.  Not that it was really a good thing, but it did tend to generate more interest.  As a young boy I first became aware of the fact that there was an East Germany by watching some suspiciously muscular women bobsledding in Calgary (it was also when I became aware that bobsledding was a competitive sport and that there was a city in Canada named Calgary). So my introduction to the existence of something called the Cold War was directly related to the fact that I spent four out of the fifty-two weeks in 1988 watching the Olympics on television.  There seemed to be some kind of extra significance to Team USA having more metals than Team USSR (who by the way didn’t even seem to know how to spell their own country’s initials.  CCCP?  What the hell was that?) 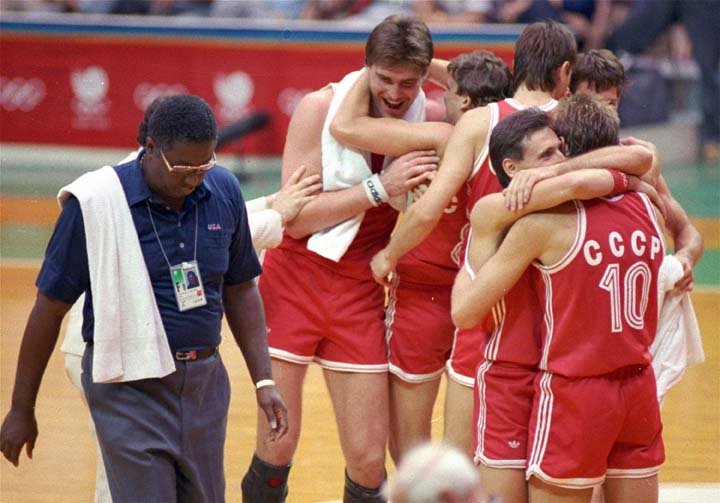 Of course a year later my third grade teacher was trying to convince me that a wall in Germany separating East from West being torn down was the most important thing to ever happen.  So by the time 1992 came around, the USA was really just beating the hell out of everyone in Barcelona and the “Unified Team” as the old USSR was calling itself, just seemed kind of pathetic. The Olympics, despite being more heavily promoted than ever, were starting to lose their luster. As the 2016 Summer Olympics open in Brazil, I’ve come to loathe the games.  I’m going to use an old blog cliche and make a list of my problems with them:

So I could probably find more things that make the Olympics suck, but I’ll end it here because it’s late and I need to get some sleep.  At least there are some hot pole vaulters.

1 thought on “The Olympics have jumped the shark”