Jennifer Rubin, who regularly advocates for the regime in Washington to murder people overseas, is angry that Rand Paul’s tactics in Virginia would lead to less voting and, in her opinion, would not increase the “diversity” of the GOP.  The real question to ask is why does her opinion matter?  Unfortunately it does.  Especially within the Republican Party. Sorry Rand, these psychopaths will stop at nothing to stop you.

The fat disgusting loud mouth who currently controls the State of New Jersey wants to control the United State in Washington.  I’d say his chances of being Emperor are about the same as Donald Trump’s.  I hope I’m right. 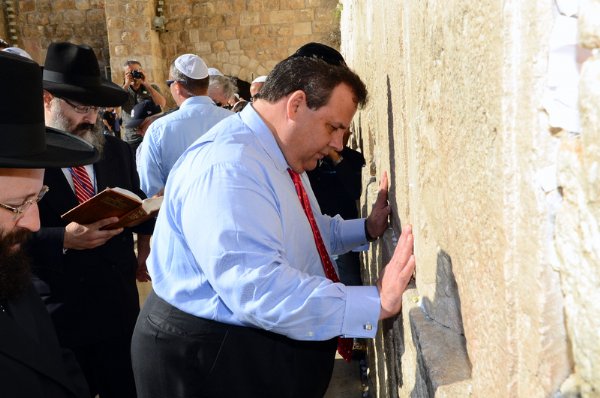 I have no love for the Confederacy.  It was just another short lived government in the history of mankind that liked to talk a lot about freedom and liberty, but was designed to subvert both.  However the old battle flag to me, rather than representing some sort of racial oppression, should be a symbol of how the United States Government raped, murdered, and burned through the South solely for its own glory and that of its leaders, Grant, Lincoln, and Sherman.  That brainwashed schoolchildren are taught this was all done to end slavery is one of the many crimes of the government schools.

So all this nonsense from the totalitarian Left about how we need to “end hate” by removing this flag from the public sphere just makes me want to hoist it up on a flag pole in my front yard for the first time in my life.  Murray Rothbard put it best when discussing the false history inflicted upon us in modern day Amerikkka:

The Union was taken, by its Northern worshipers, from a contractual institution that can either be cleaved to or scrapped, and turned into a divinized entity, which must be worshipped, and which must be permanent, unquestioned, all-powerful. There is no heresy greater, nor political theory more pernicious, than sacralizing the secular.

Of Lincoln, Grant, and Sherman he had this to say:

Perhaps, someday, their statues, like Lenin’s in Russia, will be toppled and melted down; their insignias and battle flags will be desecrated, their war songs tossed into the fire. And then Davis and Lee and Jackson and Forrest, and all the heroes of the South, “Dixie” and the Stars and Bars, will once again be truly honored and remembered.

I urge you to read the full article.  It’s short and it needs to be read by anyone who values the truth about our history.  I also recommend Tom DiLorenzo‘s article over at Lewrockwell.com.

The anti-Confederate flag hysteria is only one small part of the Left’s general strategy, however.  It is part of their overriding strategy of diverting the public’s attention away from all the grotesque failures of leftist interventionism, from the welfare state to the government takeover of education to the war on drugs and beyond.  The neocons who run the Republican Party are usually complicit in all of this.

And Judge Napolitano dismisses the whole idea that government can somehow outlaw hate.  However, he argues State governments should remove the Confederate Flag from their state houses:

If I were in the South Carolina legislature, I’d vote to remove the Confederate flag from the Statehouse because I’d silence all government speech except that which is universally accepted

Amazingly, he does not get along with Sean Hannity despite their shared devotion to never ending war and the State of Israel.

I guess he prefers Republicans and Democrats put aside their differences on the tax rate or gay marriage and focus on murdering Muslims.

No mention of her father, however.  I guess bringing up Satan didn’t do well with the focus groups.