Missed this little exchanged that happened prior to the election because I don’t watch the Clinton News Network.  But nice to see Pat is still getting some airtime.  A man of principle.  And a man of peace.  He’s been predicting the populist revolt for years.  He tried to instigate it back in the 1990’s.  It’s finally here.  Enjoy it while it lasts Mr. Buchanan.  You worked harder, and sacrificed more than most to see it come to fruition.

These are pretty damn funny.  The guy, for all his faults, has completely mocked the legitimacy of our D.C. overlords.  For that, I am thankful on this Thanksgiving Night.  He didn’t just criticize their policies.  He pointed out that they’re basically full of shit.  I recommend the 8:00 mark and the 9:45 mark as my personal favorites.

Some jerk from the Southern Poverty Law Center, which I doubt has any support among poor Southerners, says the term “Drain the Swamp” is racist. The CNN dimwit “appreciates” this point of view. Of course he does.

So anyway, if you really hate Trump, and you want to be angry all the time, just watch CNN all day and they’ll gladly tell you why everything Trump or Republicans say or do is racist even if it’s something Democrats also say but it’s not racist when they say it. Got that Comrade? You angry yet? Want to be in a bad mood 24 hours a day for the next four years? Watch some good ‘ol fashioned American Cable News.

Looks like some foreign governments no longer feel the need to bribe the Clintons after Hillary’s election loss.

The establishment tried to shove another Bush or Clinton down our throats and they got Trumped. 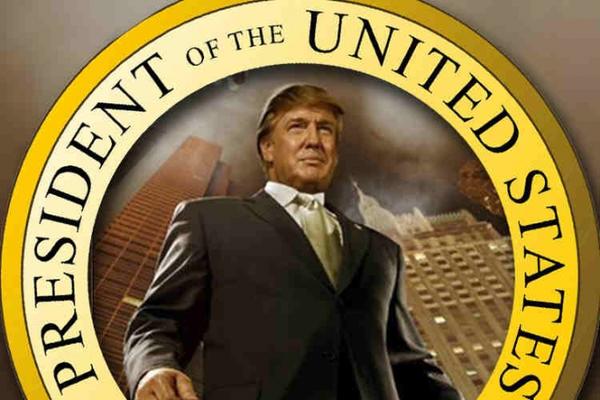 I doubt that the Donald will be a very effective president.  I am under no illusion that he’s going to usher in some great era of limited government or general contentment among the masses.  But I still feel America dodged the Hillary bullet and for that I’m thankful.  Simply by winning the election, Trump accomplished some good things whether he even realizes it himself.

It’s a good day in America.  Let’s hope the actual reality of the Trump presidency doesn’t ruin it completely.

This election, more than any other I can remember, is a culture war.  To a large extent this is due to the media’s coverage.  Normally they’d be critiquing the candidates’ policy positions and telling everyone how bad the GOP proposals will be for poor people while giving more favorable analysis of the Democratic platform.

However, this year the media have gone along with the Clinton camp and framed this as a battle between a racist, misogynistic, xenophobic bigot representing a bitter, dying white majority and the first female Democratic nominee who is obviously a continuation of the enlightened progress of the first black president.  The specifics of Trump’s healthcare plan or Hillary’s tax plan have gotten very little attention.

Despite the narrative it’s not a strictly racial divide.  There are plenty of white people who either hate their own culture or feel guilty about it.  The idea of a straight white man who isn’t constantly apologizing for his “privileged” position in the world being president offends them.  They more or less buy into whatever the latest cultural left position is on anything from climate change, to racial justice, to transgenderism even if it conflicts with what they believed five years ago.  These white people are on the side of the various ethnic and racial minorities who may or may not buy into the leftist cultural propaganda, but see the Democratic party and left wingers in general as allies that will promote their minority culture at the expense of traditional American or Western values.

On the other side, you have a slight majority of whites, probably around 60% or so, who like their own culture and want it to remain dominant in the United States, particularly wherever they happen to live.  They don’t want to have to constantly watch what they say and keep up with the latest leftist orthodoxy out of fear of offending someone of a different ethnic background or sexual orientation.  They’re also sick and tired of a Republican party that takes their votes for granted while they expand the warfare state, do nothing to shrink the welfare state, keep the immigration floodgates open, and cave into all the latest cultural trends emanating from Hollywood and Academia.  These whites are joined by what I suspect is a growing minority of non-whites who prefer living in a society dominated by traditional Western values to one that thinks it can mix conservative Islam, Mexican Reconquista, Black Lives Matter, and whatever the latest LTGBQ Rights agenda is as long as everybody hates Whitey.

Somewhat ironically, it seems as though the white people who have the least interaction with non-whites tend to fall on the cultural left, while whites who live in close proximity to large non-white populations are more likely to defend their own traditional white culture.

Regardless of how the election turns out, I think this is a losing battle for both sides.  The leftist vision of a multicultural society where everybody gets along and works together and supports the Federal Government is totally unrealistic.  As long as there is a two party system, it seems likely that the more diverse the electorate gets, the more victories that will mean for Democrats.  However, that certainly doesn’t equal national harmony by any means.  The various interest groups, whether ethnic or racial or sexual, that make up the Democrat party coalition have competing interests that don’t seem likely to coalesce around a common goal once whites become a minority.  And those whites who are trying to defend their own culture are likely to support ever more extreme politicians who may end up being more openly hostile to their opponents.

As for the cultural conservatives or alt-right or whatever you want to call them, they will have to give up on the idea (if they haven’t already) that America can be one “nation” again. It ceased to be that in any cultural sense decades ago.  Hopefully a President Trump would be able to push back somewhat against the “progressive” cultural onslaught that has rendered anything the least bit conservative or libertarian to be racist, sexist, etc.  But if they think they’re going to unite a large majority of the electorate behind them they’re mistaken.

No, I think for everyone living in the current tax jurisdiction known as the United States that cares about cultural issues, the only potential solution is some form of nullification.  If you care more about supporting Israel, or free trade agreements, or the National Parks, then you may be able to find some politicians in the spectrum from Hillary Clinton to Paul Ryan to support and enjoy the Washington Elite’s hegemony.  However, for the rest of us, the best way forward is to stop screaming at each other and start focusing on local issues.

Marijuana is still illegal as far as the DEA is concerned, and yet it is being openly sold and consumed all over the US with the blessing of local authorities.  The same can happen in other areas of life.  Lobby your local government to refuse the Fed’s “aid” and take back control of your local educational systems from kindergarten up through the State colleges. We’ve already seen a revolt against Common Core.  If you live in San Francisco and love diversity dogma and affirmative action good for you.  But if you live in South Carolina and dislike these things, you shouldn’t let the Barack Obamas and Hillary Clintons of the world force them on you.  Our imperial masters can’t control us without the help of the local bureaucrats.  If you get the local bureaucrats on your side, you can have your culture back. Life doesn’t have to be the same in New York City and Oklahoma City.

After all, I seem to recall something about a 10th ammendment  that doesn’t get brought up in the campaigns very often.