And keep in mind, none of this is to distract us from the Snowden NSA revelations, Benghazi, the IRS scandal, the failed war in Afghanistan (I almost forgot about that one lol), chaos in Libya, the VA scandal, or anything else that might not shine the best light on the good ‘ol ‘Merican gummit’.

1. A rich white male (Boo! Hiss!) was caught on tape in a private conversation telling his black mistress that she could fuck black men, “but not to promote it.”  He said a few other not very nice things about black people.  To make matters worse, this evil racist owns a basketball team where he pays a black coach and black players millions of dollars to play a game.  The only thing worse than racism is hypocrisy, am I right? Luckily, social justice prevailed, and the National Basketball Association is attempting to force him out of an ownership position.  Let’s just hope the next time a racist owns a sports franchise, they let their racism take precedent over their desire to earn a profit, and they fill the team with players of their own race!  I’m tired of people always putting personal greed ahead of principles. 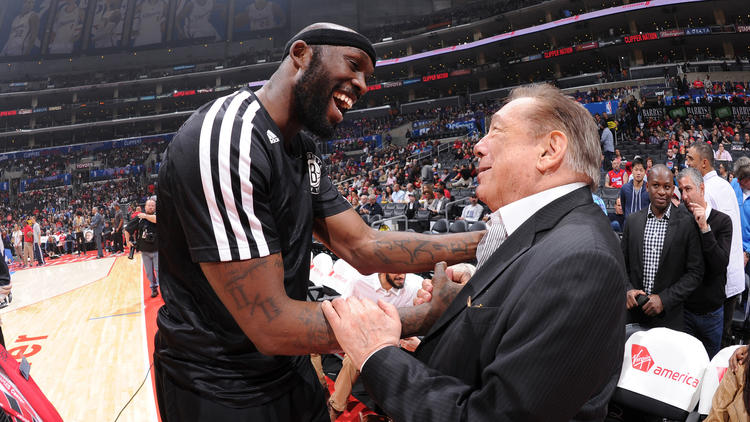 2. A gay man will play professional football later this year.  Everyone knows we have not achieved the enlightened equality envisioned by the likes of Emperor Obama until a violent, state-worshiping pastime like football has someone from every possible combination of racial, ethnic, religious, gender, gender choice, sexual orientation, and any other category or subcategory I deeply apologize for leaving out.  Hopefully it won’t be long before we have a gay white man, a gay hispanic man, etc.  Then we can get some transgenders of the various groups (both pre-op and post-op).  And of course we need some women.  Unfortunately, I don’t think the LFL counts. 3. Some girls in Nigeria were kidnapped.  I would have thought perhaps, things like this were a very unfortunate part of life in a number of African countries.  But this time, Michelle Obama is really upset so we need to take this kidnapping seriously Dammit!  This is a matter of US National Security if the First Lady starts a fucking twitter campaign!  And don’t listen to those crazy conspiracy theorists who suggest that the great and wonderful Obama’s liberation of Libya may have had something to do with it. Whoa! I didn’t realize it was Obama’s girls that were kidnapped????  This really is serious!

4. The evil commie bastard Russians are trying to take over the peaceful Ukrainians.  Darth Vladimir Putin won’t stop until he’s conquered the world!  I mean this is really a big deal.  Can you imagine if the Russians ruled part of Ukraine?  There’s no way America could survive something like that.  It would be the end of Western Civilization.

5. The climate is changing.  This type of thing has happened before unfortunately.  But luckily this time it’s different.  The Democrats have figured out that they can write a few laws or issue a few regulations and stop the earth’s temperature from changing because 97% of scientists know that it’s absolutely perfect right now.  Just ask John Kerry, the high priest of the US Church of Government.